By Chris Schlapkohl — 4 years ago

Netflix’s Polar follows Duncan Vizla (Mads Mikkelsen), the best hitman in the world who works for a company called Damocles. Throughout the film, he has a recurring nightmare of a family he killed. Duncan is 14 days away from turning 50, the age Damocles requires you to retire. No assassins have made it to 50 though because Damocles kills them first in order to keep all the money they have earned through their pensions.

Duncan is aware of this and hides out at a remote cabin in Montana watching over a young girl named Camille (Vanessa Hudgens). After an extensive search, Damocles assassins finally find Duncan and attempt to kill him. They are unsuccessful but manage to kidnap Camille. Duncan goes to his former protege, who turns on Duncan and drugs him before turning him over to Damocles. Duncan is tortured there for three days but escapes.

He goes back with weaponry received from an old flame and kills everyone who stands in his way including Blut, the leader of Damocles. Upon finding Camille heavily drugged, he nurses her back to health. The next morning, Camille is gone but appears before Duncan and reveals herself to be the daughter of the family he killed. Duncan had let her go and had been providing for her with $200,000 a year. Camille attempts to kill Duncan but cannot bring herself to do it. After she drops the gun, Duncan promises to help her figure out who put the hit out on her family.

What I Liked About Polar

The action is by far the best part about Polar. It reminded me a lot of the John Wick movies, although not as good. It also compares to John Wick in the sheer insanity of it. Mads Mikkelsen and the cast are good in the roles provided. The pacing of the film is never slow and the two hours went by quickly.

I cannot speak to how well the film follows the comic from which it came but it definitely fits the look and feel of a comic book movie. The first act of the film is great as are the action scenes throughout.

What Could Have Been Improved With Polar

Polar is far better off being what it currently is. Don’t get me wrong, there is an improvement that could be made, but it’s fine as is. Being a hardcore action film with not much character development is nothing to be ashamed of. The film was a little messy at times, especially after the first act.

Characters could have been combined together or written out entirely. It also at times looked like a less than professional film, with poor directing choices. The subplot twist of Vanessa Hudgens character as well as Duncan’s nightmares seemed unnecessary or at least could have been better executed.

Polar is nowhere near as bad as current critics are placing it. Rotten Tomatoes has is at 21% while Metacritic puts it at 16%. Polar is nothing to write home about and is best served on Netflix as it likely wouldn’t have performed at the box office.

Overall, this is a nice film to enjoy, especially if you love a good action film like me. Mads Mikkelsen deserves more roles as he is always great. If Netflix reports high streaming for this film, look for it to get a sequel, one which I would welcome. Even if we don’t necessarily need it.

Don’t forget to download and listen to the Back Lot 605 podcast! 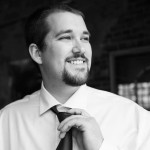