By Ethan Wheeler — 2 years ago

If I were to gather a list of words used to describe superhero films of the past decade would include vernacular like “light-hearted” or “predictable”. They are products of a hugely commercial endeavor at the behest of one of the largest media conglomerates that exist today. However predictable (though admittedly entertaining) the superhero genre has become, there are films like Logan. A humble and sobering superhero tale that seldom has the room in its runtime to host light-heartedness.

The tale was written and directed by James Mangold and co-written by Scott Frank (comic book film extraordinaire). By all regards, these two men and their combined story-telling talents have created one of the most unique superhero films. With Marvel’s The New Mutants now in theaters, it is time to delve into one of the most critically acclaimed “mutant” stories of them all.

“Right or wrong, it’s a brand. A brand that sticks.”

Logan is set in a time in the Marvel Universe where all mutants have nearly gone extinct. A phenomenon that is directly the result of mutant experimentation by an organization called Transigen. Our old friends Logan/Wolverine and Charles/Professor X have isolated themselves from society near the Mexican border…though something about them has changed. They are older and far weaker than we have seen them compared to previous installations in the X-Men franchise. Logan’s supernatural healing factor has rapidly declined in speed. So much so his famous claws can no longer unsheathe without causing irreparable pain. Moreover, Charles is in an altered state throughout the film and has seizures that uncontrollably cause his telekinetic powers to subdue everyone at a great distance.

Logan works with a single goal in mind: Make enough money, buy a boat for Charles and himself, then be free. His plans are thrown for a loop when Gabriella, a former scientist from Transigen, appears with a little girl plead for Logan to drive them to safety in North Dakota. Logan reluctantly agrees since the cash reward for completing the request would earn him enough money to get Charles and himself on that boat to freedom. However, he returns to tell Charles the news. We find Gabriella has been murdered and that the little girl has gone missing.

Soon after, Transigen mercenaries arrive at Logan and Charles’ hideout, a fight ensues. As we come to find out, the little girl is a mutant named Laura. Laura has similar powers to Logan and needs to go to North Dakota, where other Transigen-escaped mutants are meeting to flee the Canadian border. She whoops the collective butt of nearly all of the mercenaries. Then she, Logan, and Charles escape and make their way to North Dakota.

“Logan… this is what life looks like. A home, people who love each other. Safe place. You should take a moment and feel it.”

Logan (2017) is what I would classify as a genre that mixes elements of the “southern gothic” and the “superhero” genres. The representation of the civilization they live in is currently in a perpetual state of decay. Logan and Charles live in a desert, their powers are eroding, and mutants as a species have all perished. Additionally, the film paints Logan as an anti-hero, someone who does good as it is convenient for them and their loved ones. A characteristic so embedded in this film that they reference the 1953 classic Shane. A film where a gruff man who hopes to settle down somewhere and is forced into fighting to preserve “good”.

In an era of superhero films that focus on good guys vs. bad guys and our civilization’s optimistic nature, it is a breath of fresh air for a superhero film to feature such grim themes. Otherwise, the set designs, costumes, and performances are all phenomenal. Hugh Jackman, precisely, delivers a surprisingly subdued Logan who matures through our very eyes.

“As I live and breathe, “the Wolverine”.”

Frankly, this is a beautiful film and well worth your money and the over 2-hour runtime. Most of what bad parts I have to say will be inherently nit-picky and do not, by any stretch of the imagination, detract from the consistently excellent aspects of the film. The Character Caliban, a mutant tracker, kidnapped by the bad guys, was not as impressive as a character. He served mostly as a narrative tool to allow the bad guys to keep up with the protagonists. In this instance, I can see the necessity. It is infinitely more interesting for mutant kidnappers to kidnap a mutant who can track mutants than it would be for the more traditional approach of having a technological tracking device follow them everywhere.

Nevertheless, Caliban serves a minimal purpose in expanding on the themes and motifs of people’s duality. Transigen is your run-of-the-mill evil pharmaceutical company that plagues many XMen media and is no different here. Dehumanization of mutants is by far the most overreaching motif of the XMen series, but here it is done no differently.

You came for the XMen. For a grittier/maturer portrayal of these characters and themes we, as an audience have grown to admire over the years. You stayed for a heartfelt story about learning to overcome your stubbornness and embrace a new generation.

CHECK OUT THE LATEST EPISODE OF THE BACK LOT 605 PODCAST HERE! 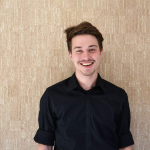 Ethan studied Film and Media at Arizona State University and currently resides in Lincoln, NE. They have been a film critic for the past two years and seeks to bring a unique voice to cinema that attempts to educate film audiences in the filmmaking process. Their ultimate goal is to provide the Midwest community resources about film and filmmaking to spur the industry' s growth in the area.